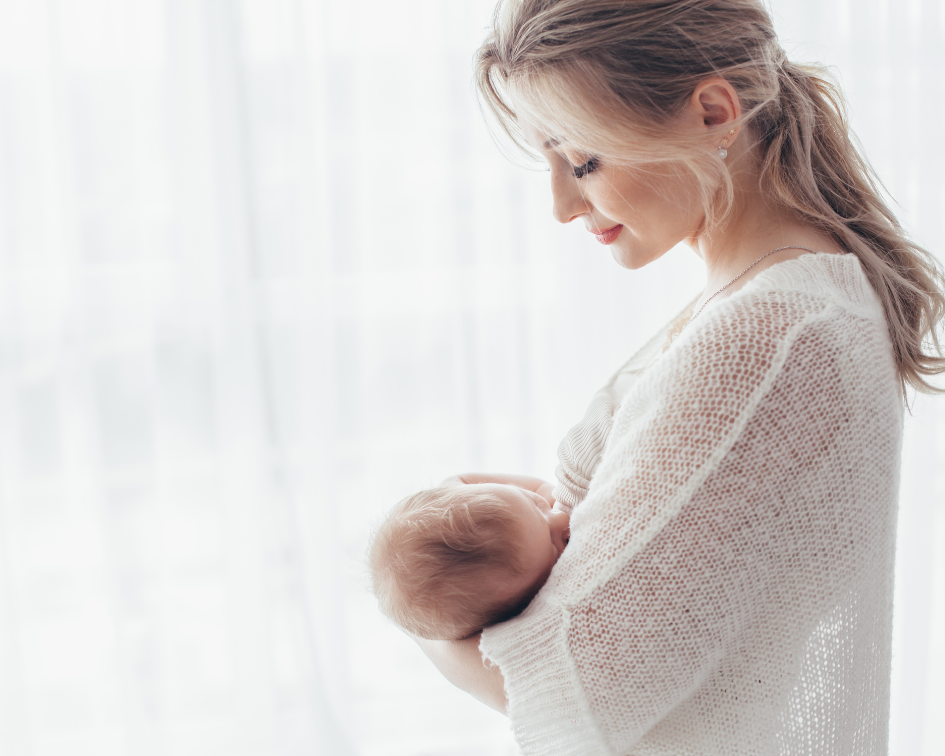 Oh, breastfeeding! One of those things in life you cannot easily prepare for. I would say I had it easy in the beginning, but unfortunately, it was a short ride. Some moms have a hard time in the beginning, but manage to last 2 years. Other moms may pump exclusively, and some manage a combo. In the end, I truly believe "fed is best" and you need to know what is right for YOU and your baby. Here is my story:

Day 1- Harper was born using forceps, so we couldn’t do immediate skin to skin. Within 19 minutes of her being born, we were able to meet and she immediately latched and nursed. As a FTM, this is an amazing feeling and surprisingly so natural.

Tip: Don't be afraid of trying. This is the best place to try because you will also have support from Lactation Consultants at the hospital.

Days 2-4 - In the hospital, we met with a couple of lactation consultants, one being the consultant who led the breastfeeding classes that I attended. Harper would often fall asleep while nursing, and I didn’t think she was getting enough, so the consultant helped us hand express milk and syringe-feed it into Harper's mouth following nursing. This was a process that I was not prepared for, and it was so helpful to have her teach us. We also used this process for a couple of days when we got home until my milk fully came in and Harper took longer feeds.

Tip: Learn how to hand express! They did not teach us this in the breastfeeding class, but it was so helpful to ensure Harper was getting enough to eat when she was in the newborn sleepy phase. Your partner can also help with this.

Days 4-14- When we got home from the hospital, breastfeeding was going pretty smoothly! We hand expressed a bit, but Harper was a good eater and would often cluster feed in the early evening. We had Harper on a good schedule of feeding every 2-3 hours during the day. At night, she was sleeping 10PM-2AM, eating, then 3AM-6AM, eating, then waking up for the day around 8:30/9AM. When people asked how it was going, I said "Great! No issues". When we went to the Doctor, she was amazed at how well Harper was nursing and how comfortable we looked doing it. Unfortunately, things started to take a turn around 6 weeks.

Tip: Feed on demand the first 2 weeks, but you can also start to mold them into a schedule and build a healthy routine and foundation for a good sleeper in those early weeks.

Week 6 - Around week 6, Harper started reducing her nursing time. I was prepared for this, since I had read that babies do become more efficient with their feedings, but still consume the same amount or more. We were not doing bottles yet, so I didn't actually know much she was eating. At Harper's next Pediatrician appointment, she had dropped from 50% percentile for weight to 15%. Our pediatrician wasn’t immediately concerned and said to keep an eye. She mentioned that we could see a lactation consultant (LC) and if that wasn’t the issue, it could be silent reflux or something of that nature. Harper did not have any signs of colic or traditional reflux/spitting up. Leaving that appointment, I didn’t think that it could be a medical issue since she seemed totally fine, other than the short feeds and low weight gain. We saw an LC the next week and my so far, so good, easy breastfeeding journey quickly came to a halt.

When we went to our appointment with the Lactation Consultant, Harper barely ate. We lined it up with her 12 PM feeding right after she woke up from her nap, but she only nursed for 2 minutes! We weighed her before and after the feeding and she ate maybe an ounce based on the scale. The LC suggested we try pumping and putting the milk into a bottle to see if she would eat from that. I wasn’t able to pump much at all due to the stress, so she suggested formula. In the moment, this recommendation, combined with postpartum emotions, was all too much for me to handle, and I broke down in tears. For some reason, we as mothers are so against formula and think we’ve failed if we resort to it (at least this is how I felt). What if she gets sick more often? What if the formula makes her stomach hurt or she doesn't like it?  We didn't end up offering her formula that day, but after a couple of weeks of being chained to a breast pump as I tried exclusively pumping, I picked up a few formula samples from our Pediatrician’s office and we started supplementing some bottles with formula.

Tip: If you are going to try formula, ask your Pediatrician for samples! They will have a variety and you can save some money while experimenting with different ones.

The LC also sent us home with Lansinoh bottles with a super slow flow nipple that came from Japan to help with her reflux. I highly recommend these bottles for newborns and nursing moms. They are easy to clean and have lots of flow options. From here on, I started pumping exclusively so I could keep track of how much Harper was consuming. I would try to nurse in the morning and at night, but it would only last a couple minutes, so I knew she wasn’t getting enough milk.

Tip: Trust your gut if something is wrong. Find a Pediatrician that will troubleshoot with you and listen to your concerns. Ours is amazing and helped us so much through this time!

At our next ped appointment, Harper had dropped even lower in weight percentile, I think we were almost below 10% at that point. I had been researching what this could be and came across silent reflux again. Since our Doctor had mentioned it at an earlier appointment, I sent her a note and asked if we could explore that a bit more. She agreed her behaviors and symptoms lined up and we started her on Mylanta before each feed. We saw an improvement for a couple of weeks, but then Harper started to drink less and less again -- I'm talking back to only 2-3 ounces per feed (on a good day!). We saw another LC at our ped office and she didn’t see anything terribly wrong with Harper's palate or lip/tongue ties, so she referred us to a feeding specialist at Children's Healthcare of Atlanta.

I had reached my breaking point. I had been exclusively pumping and trying to nurse weeks and was exhausted. Something had to give. I wanted so badly to stop pumping and switch to exclusively formula at this point, but felt SO guilty that I could not commit to giving up breastfeeding. After about a week of going back and forth in my head 1000 times, I finally decided to stop pumping and breastfeeding all together. Although my breastfeeding journey was over, our feeding struggles were not. I did feel a HUGE relief that I could finally focus on ensuring Harper was eating rather than nursing, pumping, and feeding. The guilt eventually passed, but not easily, I was triggered by seeing other moms nurse and would tear up at Harper's feeding therapy appointments when I saw moms nursing in the waiting room. It was hard to see it work for others and not me. Although I did not see a therapist for this (in retrospect, I should have), I got through it and learned mom guilt is REAL. Moms are super women (nursing or not!), but we shouldn’t have to do it all. "Fed is best," as they say, and we should support all women and their method of feeding their babies.

I will share another blog post on the rest of our feeding journey with silent reflux and a feeding aversion. Silent Reflux was an ongoing battle until Harper was 9 months old, but she is now back to 50% percentile for weight and eats like a champ! If you are struggling with nursing, know that formula is an option. Your baby will be just as healthy as the others. I know all mom's have their own struggles with feeding their babies, so know that you are not alone and please allow yourself some grace as you navigate life with your little peach! 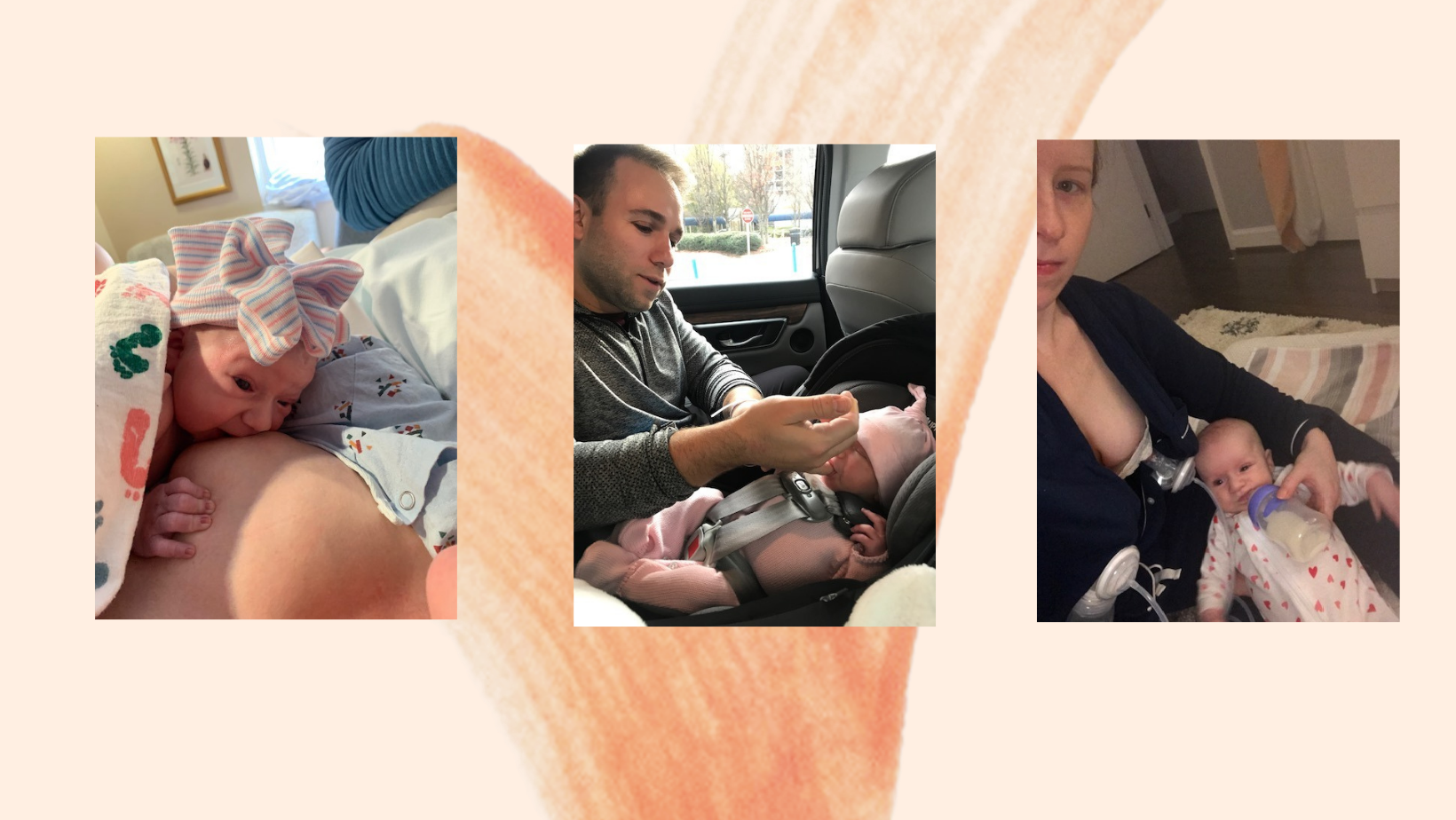